Two-time Juno Nominee, Mark Kelso (originally from Belfast N.I.) has made Toronto his home for many years. As a first-call drummer, Mark has built a reputation as a musical chameleon and is one of the most in-demand drummers in Canada. Mark has worked with musicians such as Pat Metheny, Richard Page (Mr. Mister), Michael Brecker, 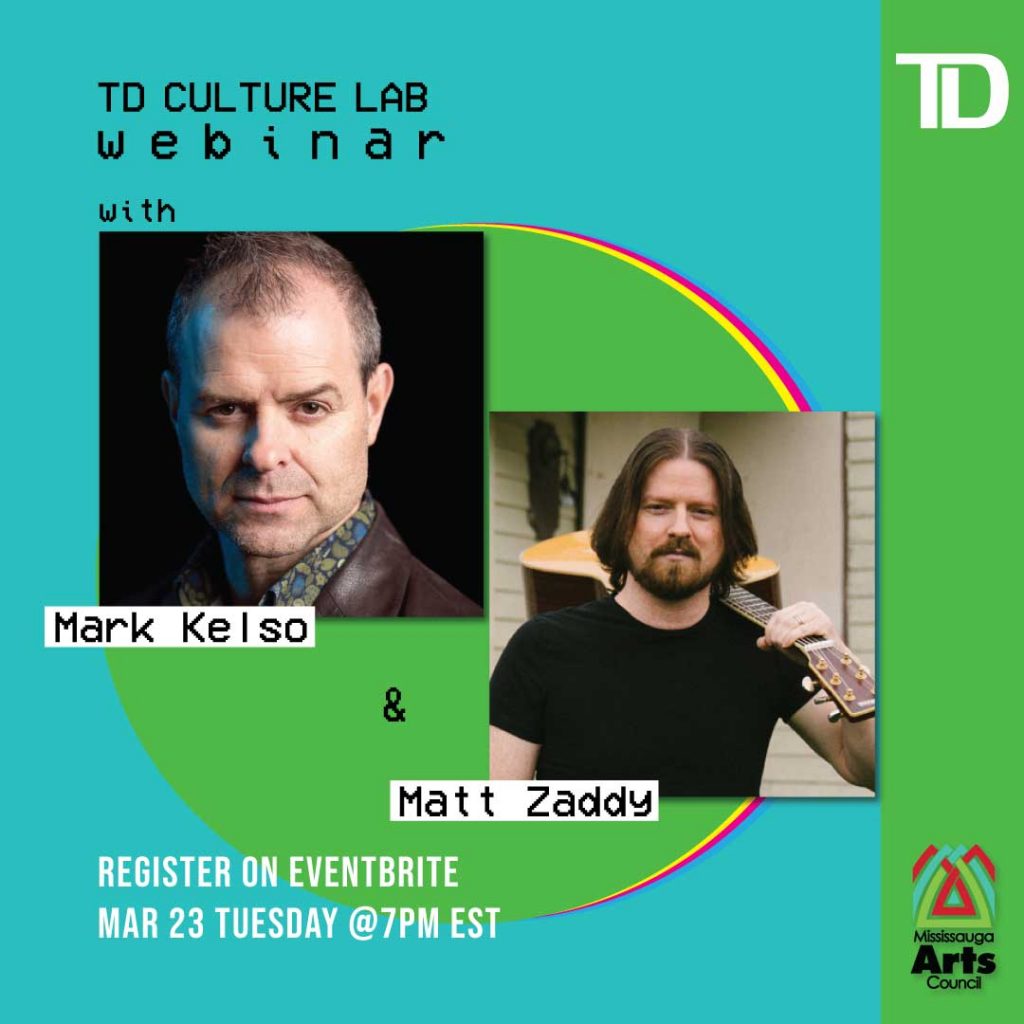 Mark has been the head of the drum dept at Humber College since 2005 and has been the artistic Director for the Jazz Room in Waterloo since 2016. Mark also runs “Groovy Drums Studio” and has played on over 350 recordings. He has released 6 recordings of original music and an instructional drum DVD, “Musician First, Drummer Second”. Mark was most recently featured in the April edition of DRUMHEAD magazine. Mark is a featured clinician for Yamaha drums, Paiste cymbals, Evans drumheads & Headhunters drumsticks.

Matt Zaddy is an award-winning singer songwriter, multi-instrumentalist, music educator, and content creator. Matt has toured internationally in various projects and has been featured on CBC Music. He has shared the stage with a diverse group of artists including K’Naan, Tom Cochrane, Jim Cuddy, 5440 and more. During the pandemic, Matt has focused on virtual music education, online concerts, and has worked with the Guitar Shop Canada (based in Mississauga) on a YouTube series promoting music education with a fun twist. His album Be recently received the Mississauga Music Award for Album of the Year.