Being born to musically inclined parents, Farhad Haider picked up his passion for music as an infant as he developed a tenancy to dance and sing at parties and family functions. 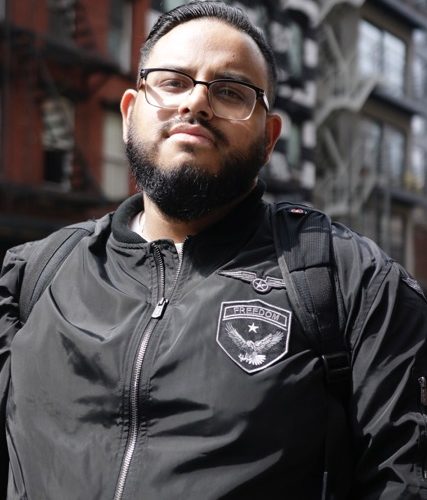 He would later become a battle rapper and a hip hop artist in his teens and spearhead various collectives throughout the city such as The New Breed and Iconiq Muzik. Despite being a well respected writer and performer, Farhad would soon realize that his ear for talent, his skill for talent management and his ability to learn quickly would in turn make him better fit to be behind the  scenes in the music industry rather than in the limelight.

This is when Farhad decided to exclusively manage rising duo S4G4, and approach the industry from a management and A and R perspective. Farhad is a big part of the day to day management team that has enabled S4G4 to be one of the biggest emerging artists out of the city of Mississauga and one of most sought out duos in Canadian rnb and hip hop. In over a year and a half they have already accumulated over a million streams throughout all streaming platforms, become a mainstay at the radio station flow 93.5 and won the fan choice award at the 2019 Mississauga Music Awards. S4G4 believes that with Farhad in their corner, the sky is the limit for them and co-headlining the Sauga City Music Festival will only bring more attention to the duo and their music.