Eight years ago when DJ Andre 905 started his career, he knew developing that ability took work. Aside from studying the styles of Canadian DJs such as Grouch, Starting From Scratch and Baby Yu, the Mississauga, Ontario native also purchased turntables and vinyl records to spend hours practicing his technique. 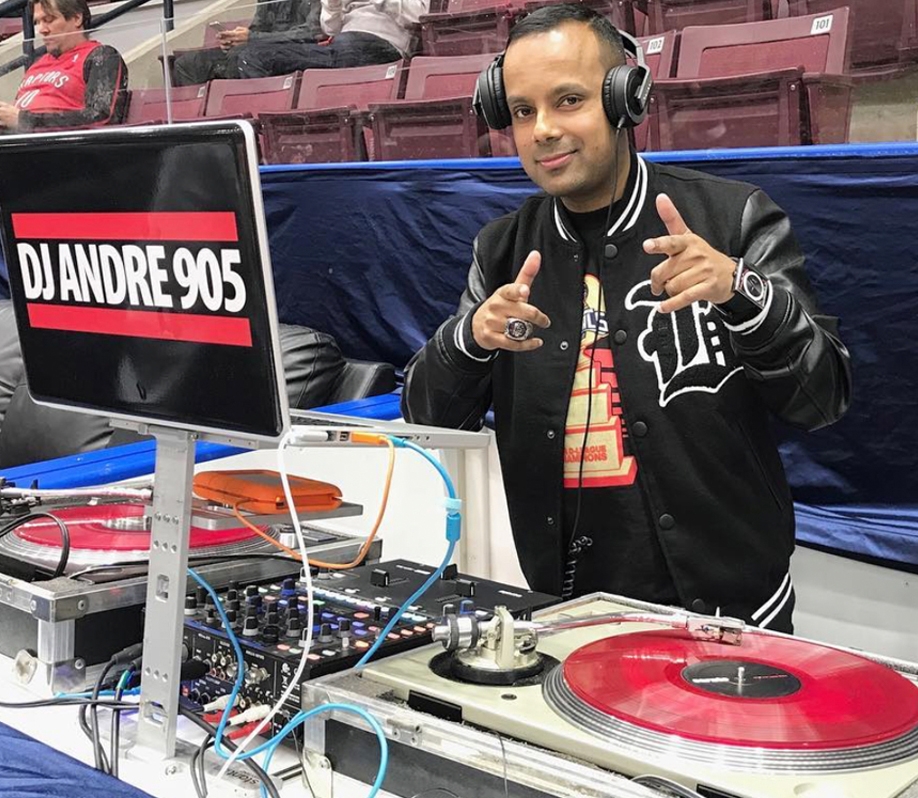 While no single event launched his career, Andre realized deejaying was turning into a profession after club bookings led to gigs at corporate events, parties and concerts. Most recently, Andre deejayed the Duke Canadian Invitational games at the Paramount Fine Foods Theatre along with the concerts of Three 6 Mafia’s Juicy J and Young Money’s Tyga.

Moreover, the hard work has led to him being named the official DJ for the Raptors 905 G-League basketball team. He deejayed all of the home games at the Hershey Centre along with a couple of home games at the Air Canada Centre. Andre’s talents aren’t limited to live events.

Andre was the official DJ for one of Canada’s #1 College Radio Shows – Royalty Radio. The show was on air from October 2007 until November 2015.